Is this post going to be interesting only for us? Will our friends and families read through today’s entry and think, why did she take the time to share all this? Let that be a warning to you, fare reader… I have no bikini clad, Pilsen drinking, beach photos to share with you in this post, but instead some very dirty, sweaty, construction work pics and tales. I’ll try to make it as captivating for you as it was for us. 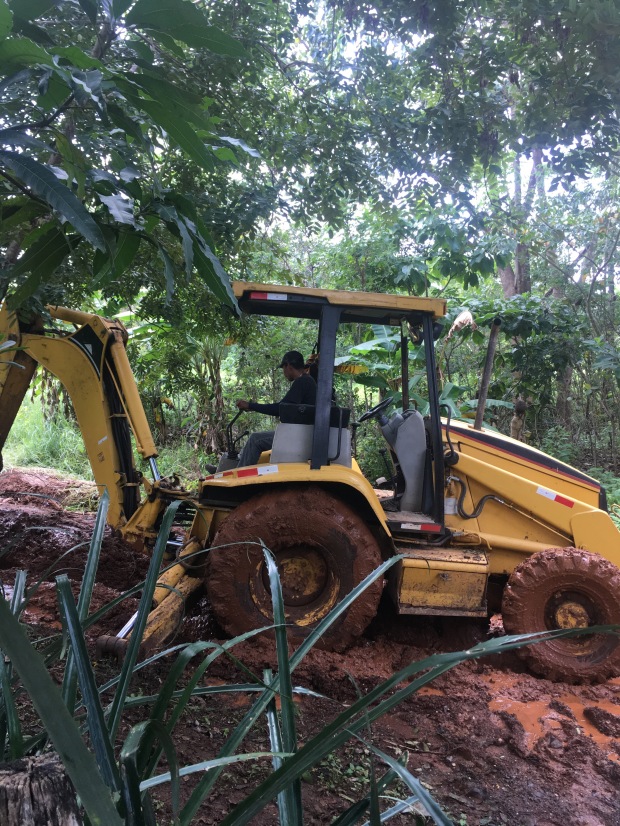 As I mentioned in my previous entry, we were in no way devastated by the hurricane, but many small to medium problems arose immediately following it. The biggest problem for us was our road. We live off the main road in Avellanas, and anyone who has been here understands that when I say “road,” what I mean is a seven kilometer stretch of rock and dirt that is full of potholes and ruts created by major water run off. Our beach is very well known through out Guanacaste, and so is our road. Inevitably, when we mention to people that we live in Avellanas, we are always asked or given condolences about the road. However, many people see it as one more thing that makes Avellanas so special. One has to be tough to live out here; willing to come to and fro over rocks, dirt, ruts and mud everyday, and each trip into town is a supreme exercise in patience and positivity.

So, not only are we often given the opportunity to challenge our optimism with THAT road everyday, but like I said, we live OFF the main road, about 400 meters down a side road. On ours, we have five neighbors, and about three open lots owned by different people. After the storm, our road was very nearly impassable. Afraid of becoming trapped in one of two sections of deep mud, we chose to park elsewhere and walk a short ways home. Other people didn’t have that option, and very nearly became stuck. Our contractor DID become stuck, and had to be pulled out. And then there were people whose car had died and couldn’t go anywhere if they wanted to. (#puravida, #livinginparadise, #lifesabeach). 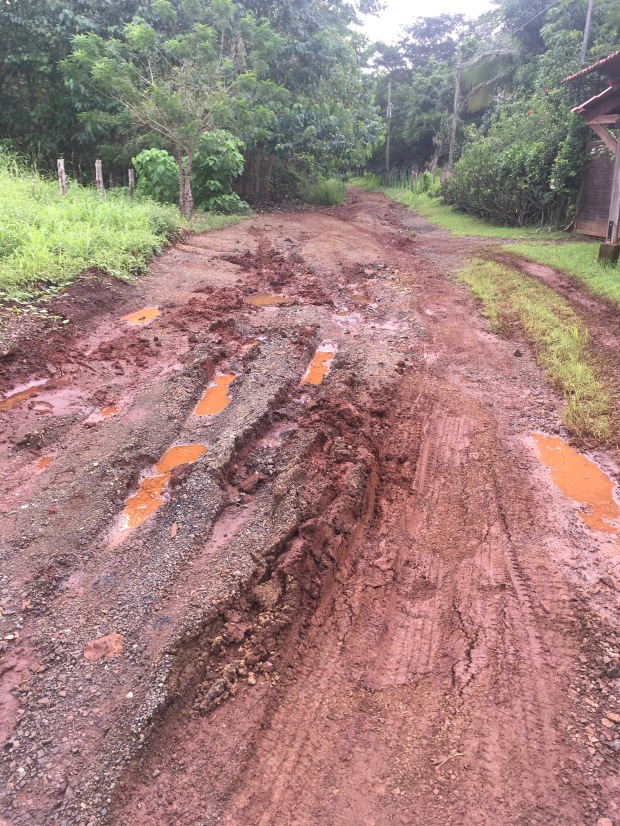 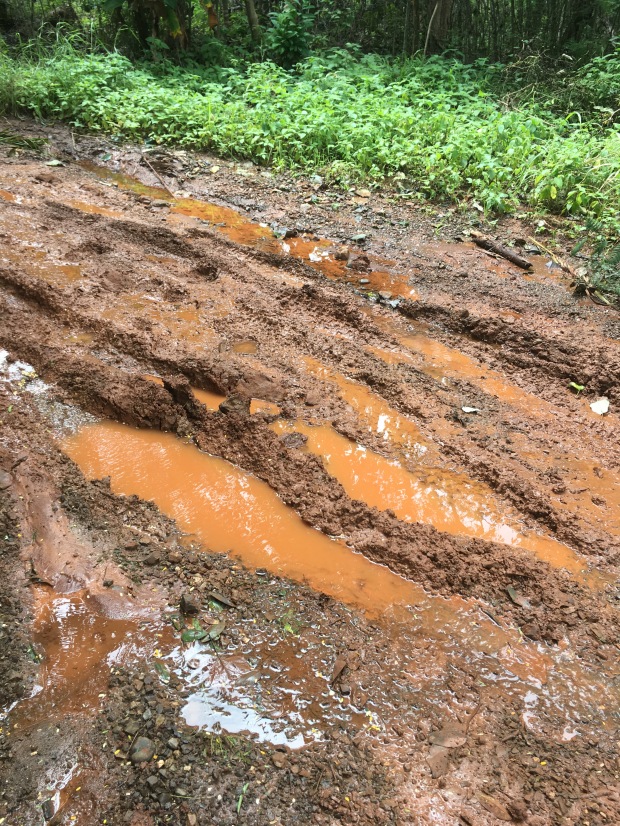 With the help of our neighbors, realizing that the problem would just become worse and worse, we orchestrated a major construction job on the road, involving eight trucks of “lastre”, which in English I think is called “ballast,” and hours and hours with a backhoe. 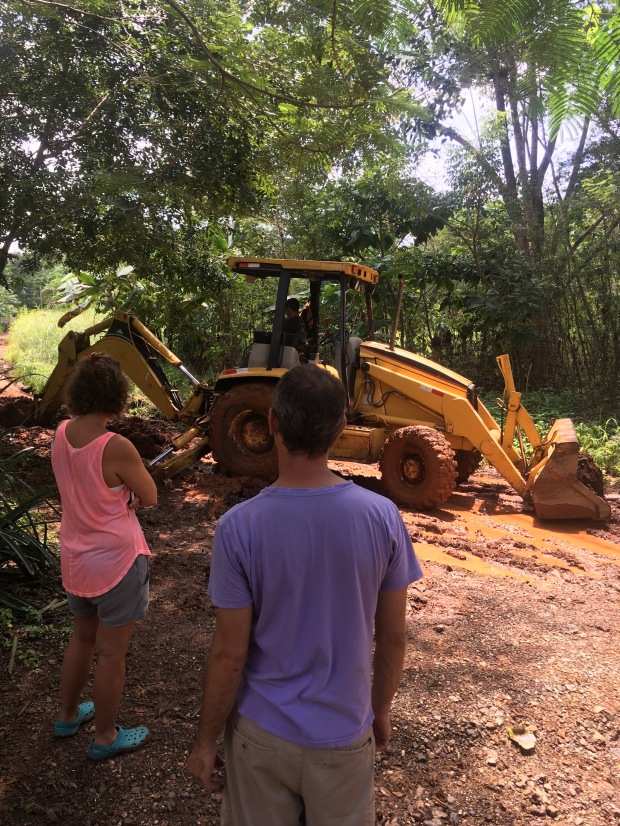 After two days and a lot of money, our road is… passable! Hooray for small victories. It involved a very unexpected cost and one we had to foot ourselves with some help from our neighbors, as our road is not part of the municipality register, but we were thrilled to be able to see a large problem, recognize a solution, and fix it immediately: a very rare feat down here in the jungle.

All of this occurred on our third wedding anniversary. I posted some photos on Facebook with the caption: “According to anniversary tradition, first year is paper, second year is cotton, third year must be gravel… truckloads and truckloads of gravel.”

Ah, to be an adult. We were chuckling to ourselves in the midst of that entire debacle, that what people think we do down here, and what people think our lives are like, couldn’t be further from the truth. I am currently working on another blog that I am going to entitle “A day in the life…” to give a sneak peak of the “paradise” that we experience on a daily basis 🙂

Cheers to you and yours! Thanks for reading! Pura vida 🙂